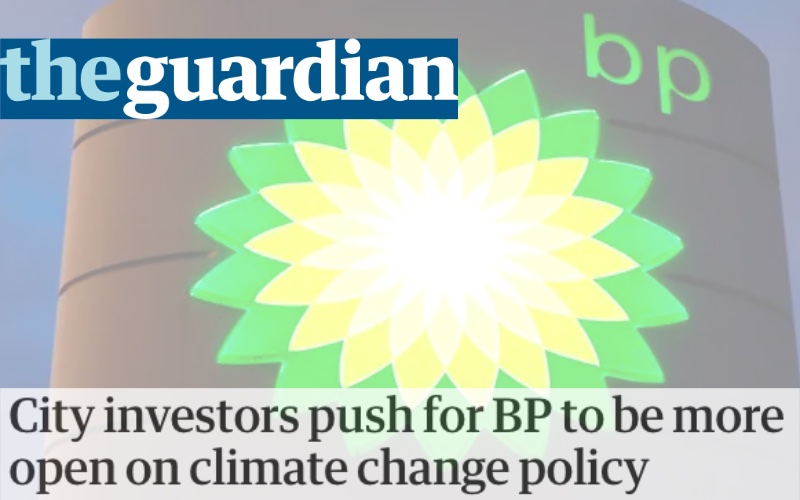 A coalition of major City investors have emerged as key players in forcing BP to be more transparent in how it fights climate change.

Investors holding just under a tenth of all BP shares, equivalent to more than £10bn in value at Monday’s prices, put their names to the shareholder resolution, to be voted on at the company’s annual meeting next week, the Climate Action 100+ investor group revealed on Tuesday.

The resolution is thought to represent the strongest level of support for a climate-related resolution at a major publicly listed company.

BP has opposed another resolution, co-ordinated by the campaign group Follow This, which would force the company to set targets to reduce total emissions from BP fuel.

Mark van Baal, the founder of Follow This, said: “BP does not want to take responsibility for the admissions for their products. As long as an oil major has no targets for scope 3 they can never say they are committed to the Paris agreement.”

The Follow This resolution is expected to receive support from multiple major investors but the presence of a separate, less strict resolution may mean fewer back it. Aegon, the Dutch insurer and investor, has committed to vote in favour of the carbon limits.

Read the full story in the Guardian