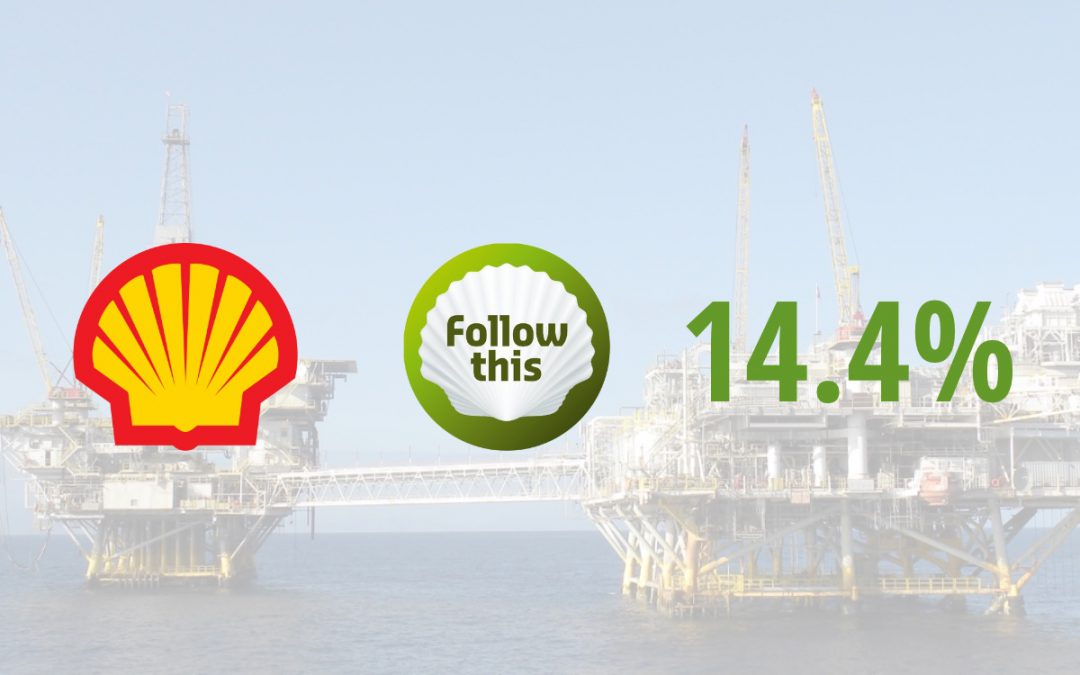 A substantial body of investors has urged Shell to take concrete action by setting concrete targets to reduce emissions. At the company’s AGM today, 14.4% of shareholders voted for the Follow This climate targets resolution (#21), a significant increase compared with 5.5% in 2018, the company announced after its AGM, held behind closed doors today.

“This result is a big win for the fight against climate change. By voting for our climate resolution, investors are sending a strong signal to Shell and to the entire oil industry. They’re saying that you need to change now to achieve the goals of the Paris Climate Agreement,” says Mark van Baal, founder of Follow This.

The campaign of more than 5,000 responsible investors in Shell, has tabled climate resolutions at Shell, BP, and Equinor. Shareholders’ votes for Resolution 21 follow Shell’s announcement of a non-committal “new ambition” to reduce emissions by 2050. Of 20 resolutions put to shareholders today, most secured more than 99% of votes cast in line with advice from Shell’s board.

“We thank these investors for their vision and tenacity. Binding targets are imperative. We don’t have time for another round of non-committal ambitions or vague discussions about 2050. We need oil majors to shift investments to decrease emissions within this decade,” says Van Baal.

In 2017, shareholders’ support of just 6% for the Follow This resolution was sufficient to compel Shell to become the first oil major to set a climate “ambition” for the reduction of emissions from its products (so-called Scope 3 emissions).

“We thank the individuals within these institutional investors for their personal leadership. They are the real agents of change in the oil and gas industry.”

The vote comes a week after Shell CEO Ben van Beurden gave revealing answers to questions from Follow This during a pre-AGM webcast on May 13. He told investors that the company would not commit to absolute emissions reductions by 2030, and refused to confirm if investment would shift away from fossil fuels to renewables by 2030 (transcript in investor briefing). Both are essential to achieving the goals of the Paris Climate Agreement.

“Shell did not give any guarantee to shareholders that its new ambition will lead to the new investments and lower emissions that are needed to actually achieve the goals of the Paris Climate Agreement. Investors have taken the CEO’s answers into account when reaching a decision not to follow the board’s advice on Resolution 20,” says van Baal.

IPCC scenarios show that to achieve the Paris goals, by 2030 absolute emissions should be lower than in 2019 and investment should shift from fossil fuels to renewables.

“Shell has been talking about its climate ambition since 2017. What investors need to hear by now is that emissions will go down and investments in renewable energy will go up within this decade. Despite advance notice of our questions, Shell failed to reassure investors,” explains Van Baal.

Only the biggest industry incumbents have the technical know-how, financial muscle, and market-making opportunities to rapidly scale an energy transition to renewables.

“More and more investors recognise that the oil and gas industry can make or break the goals of Paris Climate Agreement. These investors understand that achieving these goals is part of their fiduciary duty to protect all the assets in the global economy from devastating climate change. That’s why they vote for the targets in our climate resolutions.”

“The climate emergency needs immediate action, yet even now Shell is asking for patience. In two and a half years since Shell’s announcement in November 2017, the company has given investors no clarity about what it’s once industry-leading ambition actually means for their business.”

Next week (29 May) a resolution with the same request comes to a vote at Total.

At the BP AGM in 2020, the company acknowledged publicly that shareholder support is an imperative to drive the energy transition. Therefore, BP and Follow This have agreed – in a joint public statement – to work together on drafting a climate resolution for 2021.

Climate targets will never be “unnecessary”

“We believe that only concrete targets for all emissions will lead oil majors to the necessary shift in investments from fossil fuels to renewables,” says van Baal.

“Oil major boards have been proven not to move on their own initiative. The shareholders have to compel them to set targets and have to support them to retain these targets.” Despite the claims of Shell’s directors (2018, 2020), shareholder votes for climate targets will never be “unnecessary.” 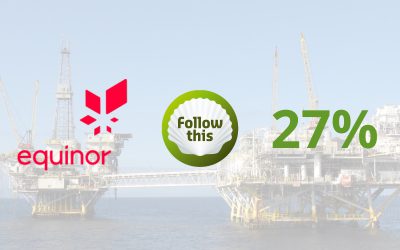